It might seem strange to some. An automotive brand and a street artist, producing garments? To us, these are more than just garments. Everything we put our name to represents us, our brand and our message. In the world we live in today, it’s too easy to produce T-shirts. At the click of a button you can have a logo produced, a design made and a run of as little as five shirts on their way to you. It’s more than likely that your Alibaba order will consist of low quality, poor fitting blanks, made in sweat shops from low cost material and a cheap print.

When undertaking a design project with a widely respected (albeit underground) artist, their work demands a quality canvas to display their graft. That’s why we choose carefully when selecting our products. Sure, we could use the cheaper shirts and hoodies but would they feel as soft, fit so well and last a lifetime? definitely not.

So with every item we produce, a small piece of our ‘upheld by the driven’ ethos is contained within that product. For Boosted, the ‘Bristol’ by Penfold was an opportunity to bring the worlds of automotive and art together, creating something that can be enjoyed by anyone who appreciates style and design. The focus was to only release a limited edition run with the highest quality and most importantly, showing the people what we’re made of.

The reason we collaborated with Mr Penfold.

It’s safe to say 2020 hasn’t got off the best start. And as the weeks fly by, with more time available, it appears to be changing life as we know it. The world has ground to a halt and us car owners are left with nowhere to go.

We’ve had to cancel our 2020 calendar until we have a full picture on what’s happening next. Stay tuned for updates.

Our launch T-shirts are finally here, ready to ship and we’re very proud of our first collaboration effort.

This BSTD logo design was created by none other than Bristol’s, Tim Gresham, also widely know as street artist @MrPenfold

Penfold originally hails from Cambridge but he works as an artist and designer based from his Bristol studio. He’s known for painting entire sides of buildings and is often commissioned by record, beverage, and software companies, showing his work all over the world.

So if you were one of the lucky 50 who ordered from this launch line, congratulations! As these are not for sale and are strictly limited to our community members.

The garments themselves are the highest thread count, vegan certified, organic cotton. Our aim is to reduce our environmental impact where possible by using products such as these. We also remove any need for plastic packaging where possible.

We’re confident this will be the best fitting, most comfortable and resilient t-shirt you’ve ever owned, and the good news is we have plenty more projects in the pipeline!

When we launched this free t-shirt campaign (last summer!) we wholly underestimated the fulfillment aspect, when trying to deliver the highest quality garment with low environmental impact, for free to our members. Bringing this together for our community wasn’t easy but we’re so pleased with the result. The feedback so far has been overwhelming, so we hope you enjoy these as much as we do.

As a thank you for getting on board early, we’re adding our all-new BSTD sticker pack worth £15 in your delivery and we’re also throwing in a £10 voucher code for our February 2020 launch.

Collected yours at the Turkey Run? No problem, we’ll get your stickers to you asap.

Finally, an update on what’s in store with Boosted Impetus and our 2020 event calendar will be sent out next week and we’re super excited to share this with you.

Is there another place like it? I don’t believe so. The magic of the Nürburgring is what makes it such a special place to visit. You can roll up any time of day, or night, to be met by some of the finest machinery all gathered in one place. It’s a motoring mecca and where a lot of petrolheads call their second home, or first home even.

My first visit to the ‘Ring was in June 2016 as we completed the final two days of the Rico Rally. I had watched videos of the Nürburgring and seen all the usual crash compilation videos and lap records posted online but until then hadn’t had the opportunity to visit. We arrived on the Friday afternoon, following a long day driving up from France, via the incredible Black Forest roads. I swapped seats after the forestw roads and we hit 250kph on the Autobahn in a 650 BHP Porsche 991 Turbo S. I wasn’t driving.

We bought our 30€ ticket, buckled up and made our way to the booths. As the barrier rises, you suddenly feel quite alone on the track, realising there are some 130 bends and 20km ahead of you. What a rush though.

We finished the day in one piece, celebrated with a beer and then headed to Pistenklause to eat some stone cooked, self prepared meat and drink many of those fizzy German, headache inducing beers.

Rallycross and more recently, World Rallycross have for a long time, been a big part of my life. I started my mechanical career in Rallycross back in 2005, working for the former rally driver and current BRX driver, Steve Hill. It was my first job in motorsport and aged just 19, I was super keen and eager to get out there and experience my dreams in reality.

If you’re not familiar with Rallycross or RX as it’s become known, the formula is pretty simple. The ‘supercars’ are based on a production car chassis but with almost all standard items removed, except maybe the front manufacturers badge and the driver’s side door. Other than that, the car is built from the ground up using specialist rallycross components from a variety of different manufacturers and suppliers.

Using an engine by Julian Godfrey Engineering, a transmission by Sadev, suspension by Reiger, huge brakes from Alcon and electronics from Cosworth or Motec. The cars themselves cost up to half a million euros to build. Seems like a lot of money for a VW Polo, right? It does until you learn that this Polo or 208 will accelerate faster than an F1 car to 60 and can handle just about any terrain you throw at it. Not to mention the 1,000s of man hours which go into the preparation of these cars before the season starts.

In the autumn of 2009 I started work for Pat Doran on his BRX campaign, running the Mk6 Fiesta, using a Julian Godfrey YB cossie engine. This relationship continued thru 2010 and 2011, at which point I went full time with the Doran family which included Pat’s son Liam.

2012 was an outstanding year for me both personally and professionally. Liam campaigned Euro RX, British RX, X-Games in Los Angeles and select rounds of the now defunct GRC in the USA. It was a busy time, I got to travel all over the world, meet a lot of new people and gain some valuable life experience. But this was just the start.

As 2012 drew to a close, the Dorans opened up their own facility at their home in Devon. The natural step was to join them in their new venture to prepare two cars for the 2013 season. These were to be driven by Andreas Bakkarud and Liam, backed by Monster Energy. To start from absolute scratch in an empty workshop was a tall order and we arrived at the first event of 2013 with the car still not finished, following a week with virtually no sleep.

We raced but we didn’t get very far. With 2x DNFs we loaded the cars up and headed home to brush ourselves off and get some rest.

What does the future hold?

Since the inception of Boosted Events™ in November 2015, the popularity and attendance of our events have grown exponentially. The humble beginnings of just twenty like-minded driving enthusiasts, gathered together on a Sunday morning, to discuss all things motoring over a cup of coffee are long gone.

Moving forward to September 2017, the most recent breakfast meet held, attracted over 200 cars and raised an incredible £905 for charitable causes. Raising money by allowing high numbers to attend is very rewarding but Boosted Events™ has reached a crossroads and a change of direction is now due.

Boosted is no longer just a brand, it’s become a movement and an institution for many. April 2017 saw Boosted’s inaugural driving weekend take place, an instant success and as a result, new friendships were formed and memories made. During the course of 2017 a total of 3 driving weekends, 6 breakfast meets and a charity food drive were executed with great success.

Following on with this momentum, 2018 looks set to be even better, so from now on in Boosted will evolve into a Drivers Club with a membership structure in place.

BSTDC members will benefit from discounts and vouchers from a variety of retailers, gain access to the private group chat and receive exclusive invitations to Dawn Drives, Regular Breakfast Meets and Driving Weekends. Looking even further forward there is also scope to include Track Days, Sprints, V-Max style events and much more.

BSTDC membership applications are open to all owners of High Performance Sports & Super Cars and Rare or Custom Vehicles. The aim of creating the Drivers Club is to focus the identity of the brand and provide a heightened experience for our members.

Finally a huge thank you to everyone who has supported Boosted along the way and we are looking forward to continuing having fun with cars. Keep an eye on our channels, as full details on the club are to be released in the next few weeks.

Our return to Wales and this time we brought some heavyweights along. The hills were very much alive with the sound of V10s, V8s, a Flat 6 and turbo boost, among other configurations. A truly eclectic mix of cars and owners but with one common interest, enjoying their cars on some of the best roads the UK has to offer.

I always aim to limit the group size to keep things running smoothly. Everyone gets a radio handset to keep in touch during the weekend and this trip was without incident which is always the goal.

We were lucky to get nice weather and the guys from Blank media captured the event perfectly.

The autumn trip to Wales will always remain in our calendar. It’s the perfect opportunity to all get together one last time before winter. 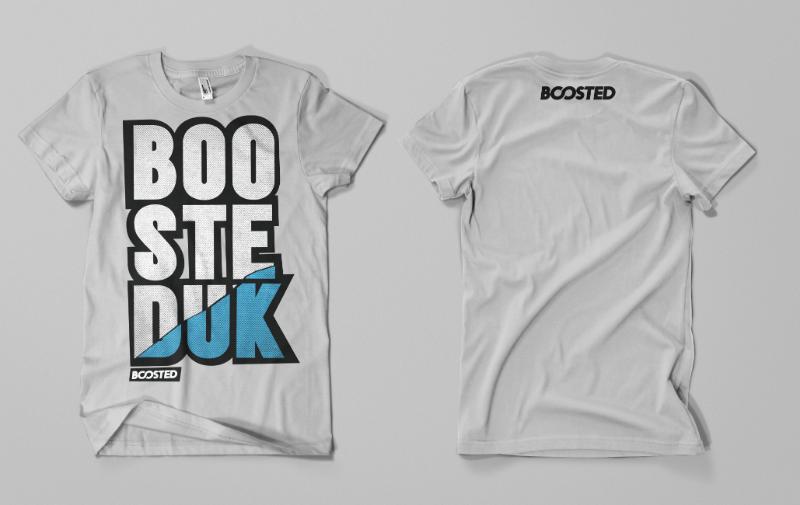 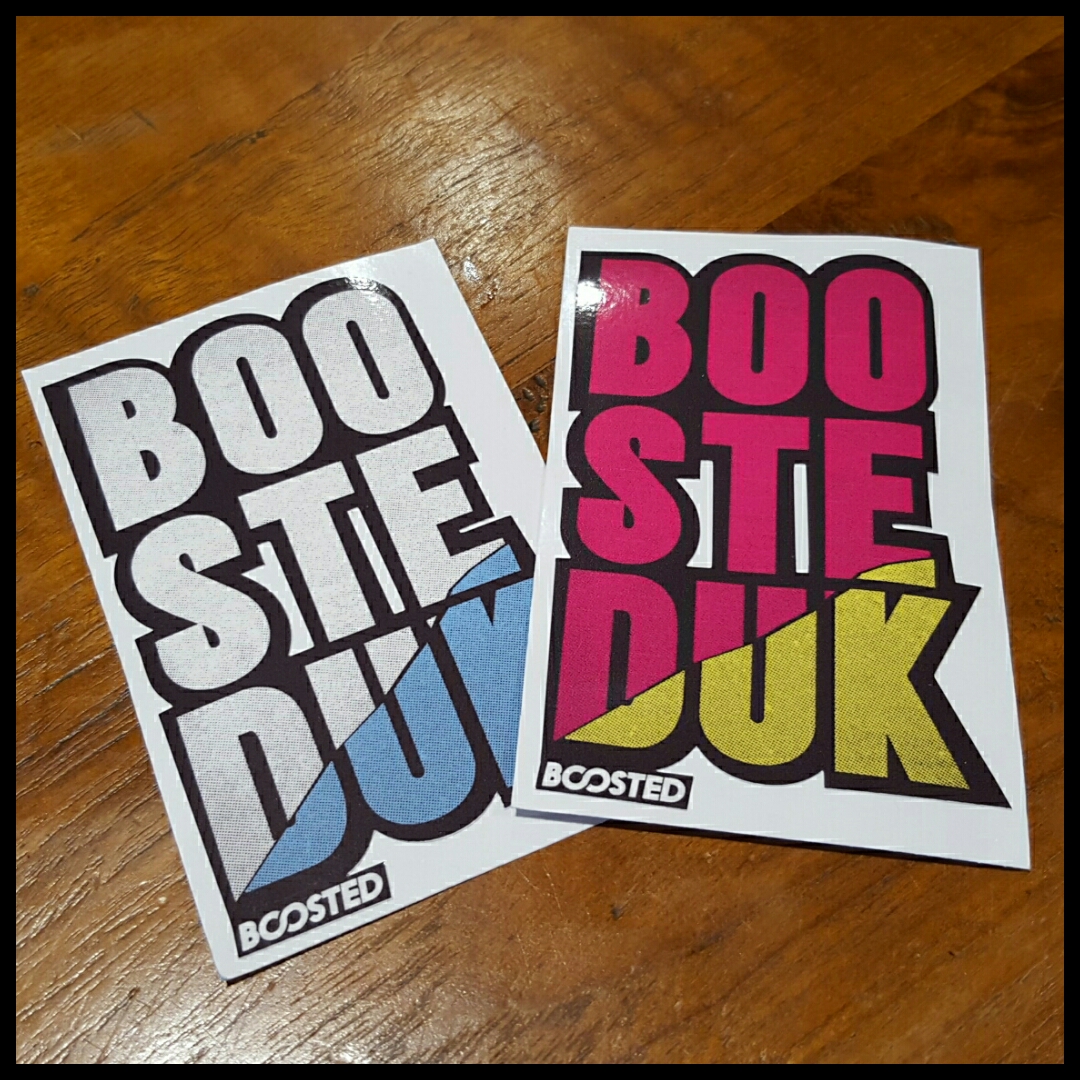